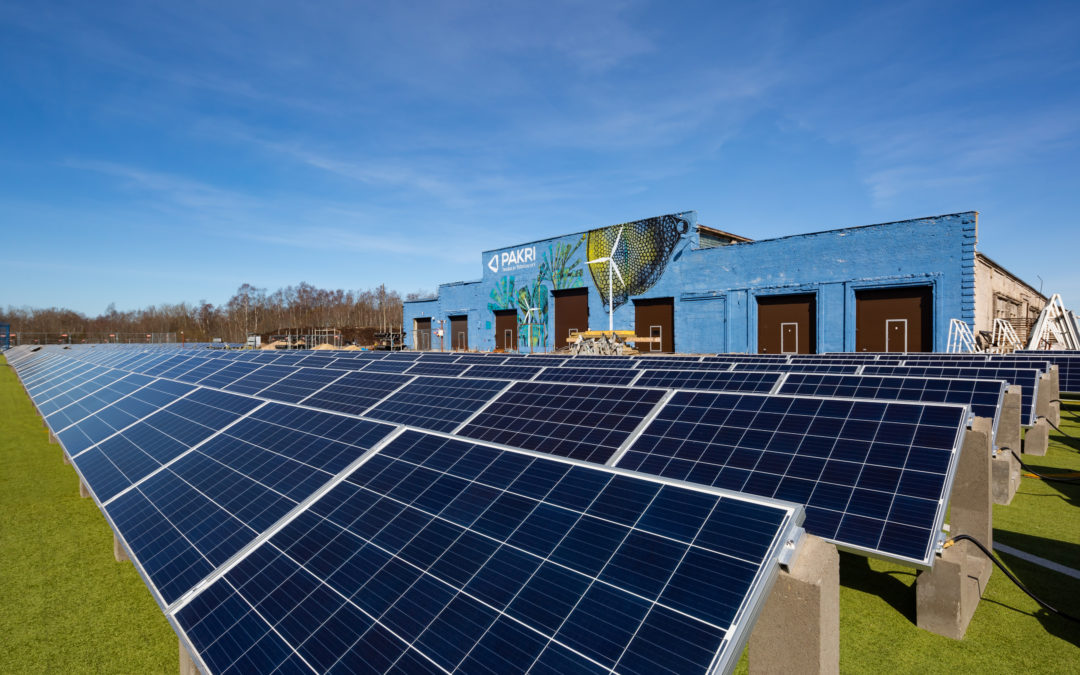 Last December PAKRI Science and Industrial Park installed a solar farm, which became one of Estonian solar farms with the smallest environmental footprint due to several smart reusage solutions.

Enn Laansoo Jr., PAKRI CEO, said that the entire concept of the industrial park follows the environmentally friendly mindset. “For every project we search various solutions, how to implement our plans in the most resource saving way and so we put a reusable artificial turf under our solar farm”, he mentioned.

The solar farm as large as two soccer fields, with 1MW capacity is located on the former waste landfill, where from building and biological wastes were removed, that can be successfully reused. Solar farm is erected on concrete supports located on the used artificial turf.

“As the solar farm is located on the property No.3 of our building complex and is also the first urban matrix of Paldiski, we wanted to arrange a correct ground for the solar farm, which in the framework of the project meant also a delivery of additional soil. The issue was settled by the artificial turf field as well as resulted in a small environmental footprint and low maintenance costs for the next 25 years”, stated PAKRI CEO and added: “Also fast response of the Advanced Sports Installationswas crucial under the critical construction schedule. They managed to deliver the first turf roll to the site only two days after our enquiry”.

Two companies with the green mindset met in Tallinn Science Park Tehnopol, where they reached a common understanding of creating a higher value together.  Currently, when construction of solar farms is booming in Estonia, the use of artificial turf would offer them even more environmentally friendly image and PAKRI in these terms is a guiding benchmark.